“I want to thank you Daniel, for keeping me together over the years!

I did my first Round The Rock 8 years ago and I’m still going thanks to your help. Now onto the Big One!”

Leanne Rive, getting ready for another 300km race over the Italian Alps…

“I couldn’t do most of my sports without being in pain, which was really frustrating for me. After 3 sessions with Daniel I was back to weight training, and boxing.”  Sarah

Having worked for a national-level rugby team I have experience of treating acute injuries on the pitch and afterwards in the medical room. I have followed athletes through weeks of rehabilitation and helped them back to play. I have stood up for players and argued with coaches over the best course of treatment. I will do everything in my power to get you back to play in the fastest, safest way possible.

“His hands-on techniques to tackle the immediate problem are outstanding. Daniel has solved both our problems and got us back running sooner than expected.”  James & Lisa

My own sporting interests having included competing in swimming, running, rowing, rock-climbing, adventure racing and lindy hop. Despite all that I still can’t kick a ball straight.

Click here for a typical case: The Marathon Runner

Karen had already done several marathons in the 4:30 – 5 hour range, but this time her back was starting to hurt in training after only 4 miles. My assessment revealed weaknesses in several muscle groups and I started her on some strengthening exercises for legs and core. Treating her back, I helped to reduce much of the tension that had built up and I got the joints moving better.

These measures were all helping to a certain extent, but the texture I could feel in her muscles told me something else was going on. When I palpated under her ribs, I felt an unusual resistance in her diaphragm. I checked her breathing patterns and sure enough, she could not engage and use her diaphragm properly. The diaphragm is an important part of the “core” and has many connections with the spine. Practicing a better breathing pattern was not easy, but once she got the hang of it she could move more freely, the back pain disappeared, and she had more energy when running.

To read about more special interests please click on the links below: 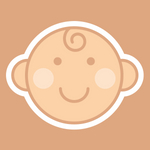 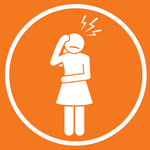 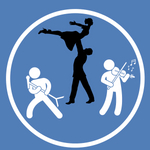 If you have any questions please email: info@jerseyosteopath.com